Getting to know Mason Meagher

What other schools did you consider?
St. John’s, Jacksonville, Delaware and Mercer.

How did the school you chose separate itself from the others you considered?
Air Force gave me an opportunity that I would never find anywhere else; play lacrosse, serve my country and become the very best possible version of myself when I graduate.

How would you describe your recruiting process overall?
My process was very interesting. I am the oldest kid in my family so I have never seen or been a part of choosing a college to attend, let alone being recruited for a sport. Before I started playing summer lacrosse heading into my junior year, I had no idea what kind of player I was in terms of D1, 2 or 3. My parents and I agreed to focus on playing lacrosse to the best of my ability all Summer and hope to catch at least 1 coach's eye.

Come September 1st, I was very surprised to have received calls that morning from programs all over the country which was the best feeling I’ve ever experienced in the game of lacrosse. I took a few visits in September and October before playing in the Fall tournaments and had no idea if I would decide to go to any of those schools. Right before Christmas, Air Force called me to come for a visit after the New Year.

I knew nothing about service academies, but Air Force was very impressed by my Fall season and I was eager to see the campus. Later in January about 2 weeks after my visit I committed to what I think is the best university for my family and me and I am very grateful for that. I am very glad I took it slow and didn’t push any early decisions.

What was your favorite part of the recruiting process?
My favorite part was being able to visit a handful of schools. What I found was that each school has a different vibe, culture and all around feeling to them. It was a blast being able to meet so many great coaches, players and students all while having the opportunity to put myself on campus for a weekend to make sure that school was for me.

What opportunities and information assisted you during your recruiting process?
The best advice I received in the recruiting process was that you should never compare your process to someone else’s. Having all of your teammates commit to places before you or to schools you are very interested in can be hard for a lot of people. The minute you stop focusing on your process and start worrying about why other athletes are getting certain opportunities is the worst way to handle things. Being patient is hard, but making the right decision is 10 times better than making a quick decision just to make one. I am very happy I learned that lesson and wish I could teach every athlete being recruited that.

Did you feel like you had support from the Team 24/7 Staff during your process? If so, how?
Team 24/7 is a huge, if not the only reason, I have committed to such a great school that fits me well. From my team's coaches to everyone behind the scenes who helped me personally not just in the recruiting process but in other things non lacrosse related. Having them with me through the process was just about the best thing possible because of there connections, good relationships and great advice.

Ryan also took me under his wing multiple times to fix or explain any complications I thought I had during my whole career with Team 24/7. Getting to say I played for such a helpful and positive program is something I will always cherish. I could not thank them enough for all they did for me during my recruiting process.

What individual or showcase events, if any, did you find the most beneficial during your process?
The most beneficial showcases I attended were the Under Armour underclass tryouts and NXT summer showcase. I say those were the best for me because of how many coaches were present there. For me, I played my best when I felt coaches were there to actually recruit kids, not just because they are getting paid to be there. Both those events had tons of coaches watching all the games and scouting the players at all times. Under Armour and NXT are very established names in the lacrosse world and coaches know to attend those events because of the talent on the field throughout the day.

What would you tell younger players or parents to help them prepare for the recruiting process?
I would tell the younger group of kids that to stay humble and never get greedy during there process. It’s very easy to make excuses to why things aren’t going your way and I am guilty of that.

The best thing you can do is play your hardest every time you have a tournament, and make sure your grades are always improving as well as SAT/ACT scores. I know my parents had very little info on how the recruiting process worked at the start of it and to parents I say to support your kid in the classroom and on the field during this process along with being there for every decision your kid wants to make.

I'll always remember the first time Mason showed up to one of our tryouts. Less than 5 minutes in to the tryout all of our coaches looked at each other and commented on how much potential he had. He was a good athlete with a decent stick and we thought that if we got to work with him, he could be a pretty good player down the road.

Over the next few years, he would go on to become one of the top defenseman in the Carolinas. While his athletic potential stood out the first time we met him, over the next few years Mason showed us what really makes him a special kid. He has a magnetic personality that made him one of the team favorites. He does everything with a smile on his face. He is also an extremely coachable player. Over our 3-4 years together, he was constantly asking for feedback anytime he would get beat or we would give up a goal. He would take the feedback and use it to improve every game during his time with us. He would search out game film from events and find ways that he could improve his lacrosse IQ. Finally, he committed to the weight room. He knew that to play at the next level, he needed to be bigger, faster and stronger and from his Sophomore to Senior year he has probably added 20-30lbs of muscle.

The thing I will always remember about Mason though is not what he did on the field. I will always remember how committed he is to making those around him better. If his travel or school team isn’t playing well, he is never pointing the finger. He leads by getting his teammates out for extra workouts and he encourages them to continue improving. Instead of putting them down, he drags them up. Earlier this fall, we hosted his JL Mann team at a playday against a number of teams from Charlotte. Most of the teams had never even heard of JL Mann. They knew about Mason because they played with him in the summer but that was it. His team went on to win the championship at the play day over a number of very strong teams and is expected to be one of the top teams in South Carolina this Spring. I’ll always look back on that leadership and the success of JL Mann as the perfect example of Mason pushing everyone around him to improve.

His leadership skills make him a great fit for Air Force and I can’t wait to follow his career over the next 4 years and beyond. 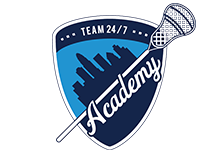 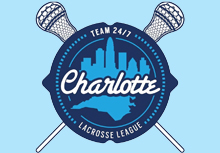 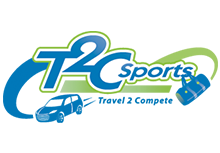 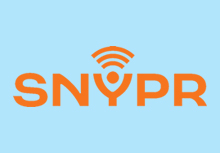 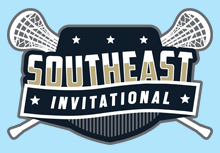 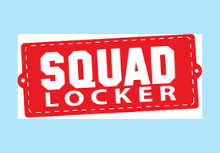 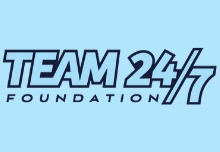 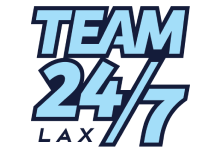 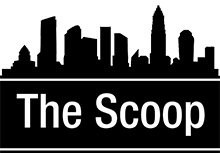